The Greatest Show On Earth - Horizons 1970 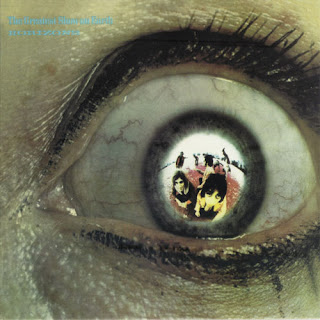 Although the Greatest Show on Earth (GSOE) were not the first bunch of rockers to incorporate a powerful brass and woodwind section, they are among the best and heaviest-sounding British bands to have emerged from the post-psychedelia of the late '60s and early '70s. GSOE were, in essence, the invention of EMI Records subsidiary Harvest, who were focusing in on new and progressive artists such as Pink Floyd and Deep Purple. When the group was initially signed in 1968, they were an R&B/soul revue whose forte was more along the lines of Stax or Motown, instead of trippy acid rock. After ditching their original vocalist, Ozzie Lane, they eventually settled on Colin Horton Jennings, a multi-faceted performer who would begin to compose originals that would allow the octet to incrementally abandon their Yankee soul leanings. After a few months of woodshedding new tunes, they emerged with a fresh sound and material for their debut, Horizons (1970). The extracted single "Real Cool World" is marked by its open-throttle, galloping tempo and some equally pungent electric organ riffs. As such, it was also given a few cursory spins on BBC's Radio One; however, the remainder of the disc was criminally overlooked. To modern ears, this is a great shame, as the effort is full of well-crafted and adeptly executed material. Of primary interest is the aggressive rocker "Angelina" and the groovy "Skylight Man." The latter title features a brief and buoyant trumpet-led introduction by Dick Hanson that recalls the Tijuana Brass more so than, say, Blood, Sweat & Tears or Chicago. The darker "I Fought for Love" stands as one of the edgier sides and is augmented by some stellar organ leads and fills from Mick Deacon. The title track extends over a quarter-hour and allows the combo room to demonstrate their remarkable improvisational skills in the context of an ensemble. In particular, Ron Prudence (drums/percussion) and Norman Watt-Roy (bass/vocals) stand out as a rock-solid rhythm section. Although they stuck around for a follow-up effort, The Going's Easy, the Greatest Show on Earth were never given the due that this release so evidently deserves.