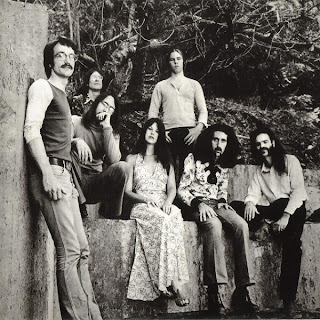 Light hippie folkrock with great male/female harmonies, strong tracks and a general uplifting quality about it. Pressed in Canada but the group was from Marin County and had help from David Crosby , who even on coke knew good music when he heard it. Although this album was pressed in Canada and lists no home base for the group on the cover, it is known that they were based in Marin County. The album, which is pop rock with male and female vocals, sounds like a cross between Pablo Cruise and later-day It's A Beautiful Day - which is defined as "psychedelic" by some record dealers in Europe. The group was previously known as RJ Fox, who saw a double CD issue of their early seventies material issued in Summer 1994: RJ Fox: Retrospective Dreams (Black Bamboo).

Shelly Fox was previously in Cookin Mama and Stephen Barncard also worked with Chet Nichols and David Crosby. Kelly Bryan had earlier been in the short-lived Grootna, and later played on a couple of albums by Jesse Colin Young.