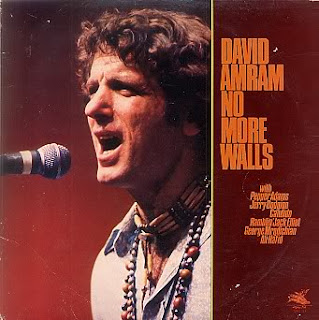 Musical compartments mean nothing to David Amram, whose compositions and activities have crossed fearlessly back and forth between the classical and jazz worlds, as well as those of Latin jazz, folk, television, and film music. In addition to his rare (to jazz) specialty, the French horn, Amram has also recorded on piano, recorder, Spanish guitar, and various percussion instruments.

Amram spent a year at the Oberlin College Conservatory (1948) but graduated from George Washington University with a B.A. in history in 1952. His long association with Latin music began in 1951 in D.C. when he played horn and percussion in the Buddy Rowell Latin band while also serving as a classical horn player in the National Symphony Orchestra. Stationed with the Seventh Army in Europe, Amram recorded with Lionel Hampton in Paris in 1955, and then returned to New York later that year to join Charles Mingus' Jazz Workshop, performing with Mingus and Oscar Pettiford. Amram led a quartet with tenor saxophonist George Barrow that made an album for Decca in 1957 and later played regularly at New York's Five Spot in 1963-1965. However, Amram's career gravitated mostly over to the classical side after the 1950s, producing orchestral and instrumental pieces, incidental music (his score for Archibald MacLeish's J.B. won a Pulitzer prize), and other works which attracted enough respect to have the New York Philharmonic sign him on as its first composer-in-residence (1966-1967).

In 1977, Amram sailed on the cruise ship Daphne from New Orleans to Havana with Dizzy Gillespie, Stan Getz, and Earl "Fatha" Hines, who were among the first U.S. citizens to legally visit Cuba in 16 years. An exciting live recording of Amram's "En Memoria de Chano Pozo" was made in Havana with members of Irakere (including Arturo Sandoval and Paquito D'Rivera) and several visiting Americans, which can be heard on the album Havana/New York (Flying Fish). Amram's Cuban visit received extensive news coverage at the time and also provided many Americans with their first glimpse of Irakere.

Most of Amram's available recordings can also be found on Flying Fish. In addition, the open-minded Amram can be heard playing bouncy French horn, recorder, and piano obligatos on some bizarre 1971 tracks by beat poet Allen Ginsberg (sample titles: "Vomit Express" and "Going to San Diego"), later released on John Hammond's eponymous label.

The "walls" referred to in this album's title are the artificial boundaries between jazz, classical and World Music. David Amram (heard here on piano, French horn, guitar, flutes and percussion) has long been a pioneer in crossing between genres. With altoist Jerry Dodgion, baritonist Pepper Adams, and an oversized rhythm section, plus an oud, viola, dumbeg and five percussionists (including Candido), Amram performs seven of his diverse compositions, two of which also have vocalists. Intriguing music. AMG.