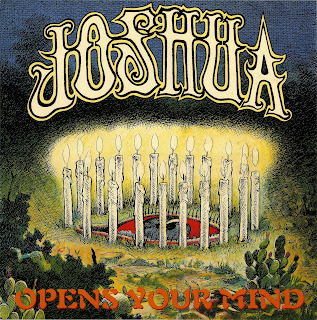 Heavy Psychedelic rock released by Rockadelic records . Musically in the vein of Josefus or Stone Garden. Band tapes and Live takes make up this album. These guys were friends of Blue Cheer and thats clear when you hear this album. 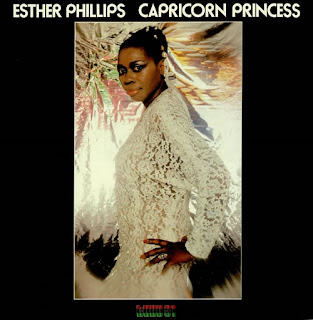 Esther Phillips was perhaps too versatile for her own good, at least commercially speaking; while she was adept at singing blues, early R&B, gritty soul, jazz, straight-up pop, disco, and even country, her record companies often lacked a clear idea of how to market her, which prevented her from reaching as wide an audience as she otherwise might have. An acquired taste for some, Phillips' voice had an idiosyncratic, nasal quality that often earned comparisons to Nina Simone, although she herself counted Dinah Washington as a chief inspiration. Phillips' career began when she was very young and by some accounts, she was already battling drug addiction during her teenage years; whenever her problems took root, the lasting impact on her health claimed her life before the age of 50.
Esther Phillips was born Esther Mae Jones in Galveston, TX, on December 23, 1935, and began singing in church as a young child. When her parents divorced, she split time between her father in Houston and her mother in the Watts area of Los Angeles. It was while she was living in Los Angeles in 1949 that her sister entered her in a talent show at a nightclub belonging to bluesman Johnny Otis. So impressed was Otis with the 13-year-old that he brought her into the studio for a recording session with Modern Records and added her to his live revue. Billed as Little Esther, she scored her first success when she was teamed with the vocal quartet the Robins (who later evolved into the Coasters) on the Savoy single "Double Crossin' Blues." It was a massive hit, topping the R&B charts in early 1950 and paving the way for a series of successful singles bearing Little Esther's name: "Mistrustin' Blues," "Misery," "Cupid Boogie," and "Deceivin' Blues." In 1951, Little Esther moved from Savoy to Federal after a dispute over royalties, but despite being the brightest female star in Otis' revue, she was unable to duplicate her impressive string of hits. Furthermore, she and Otis had a falling out, reportedly over money, which led to her departure from his show; she remained with Federal for a time, then moved to Decca in 1953, again with little success. In 1954, she returned to Houston to live with her father, having already developed a fondness for the temptations of life on the road; by the late '50s, her experiments with hard drugs had developed into a definite addiction to heroin. She re-signed with Savoy in 1956, to little avail, and went on to cut sides for Federal and (in 1960) Warwick, which went largely ignored. Short on money, Little Esther worked in small nightclubs around the South, punctuated by periodic hospital stays in Lexington, KY, stemming from her addiction. In 1962, she was rediscovered while singing at a Houston club by future country star Kenny Rogers, who got her signed to his brother's Lenox label. Too old to be called Little Esther, she re-christened herself Esther Phillips, choosing her last name from a nearby Phillips gas station.Phillips recorded a country-soul reading of the soon-to-be standard "Release Me," which was released as a single late in the year. In the wake of Ray Charles' groundbreaking country-soul hit "I Can't Stop Loving You," "Release Me" was a smash, topping the R&B charts and hitting the Top Ten on both the pop and country charts. Back in the public eye, Phillips recorded a country-soul album of the same name, but Lenox went bankrupt in 1963. Thanks to her recent success, Phillips was able to catch on with R&B giant Atlantic, which initially recorded her in a variety of musical settings to see what niche she might fill best. It was eventually decided to play up her more sophisticated side and accordingly, Phillips cut a blues-tinged album of jazz and pop standards; her string-laden remake of the Beatles song "And I Love Him" (naturally, with the gender changed) nearly made the R&B Top Ten in 1965 and the Beatles flew her to the U.K. for her first overseas performances. Encouraged, Atlantic pushed her into even jazzier territory for her next album, Esther Phillips Sings; however, it didn't generate much response and was somewhat eclipsed by her soul reading of Percy Sledge's "When a Woman Loves a Man" (again, with the gender changed), which made the R&B charts. Nonplussed, Atlantic returned to their former tactic of recordingPhillips in as many different styles as possible, but none of the resulting singles really caught on and the label dropped her in late 1967. With her addiction worsening, Phillips checked into a rehab facility; while undergoing treatment, she cut some sides for Roulette in 1969 and upon her release, she moved to Los Angeles and re-signed with Atlantic. A late-1969 live gig at Freddie Jett's Pied Piper club produced the album Burnin', which was acclaimed as one of the best, most cohesive works of Phillips' career. Despite that success, Atlantic still wanted her to record pop tunes with less grit and when their next attempts failed to catch on, Phillips was let go a second time. In 1971, she signed with producer Creed Taylor's Kudu label, a subsidiary of his hugely successful jazz fusion imprint CTI. Her label debut, From a Whisper to a Scream, was released in 1972 to strong sales and highly positive reviews, particularly for her performance of Gil Scott-Heron's wrenching heroin-addiction tale "Home Is Where the Hatred Is." Phillips recorded several more albums for Kudu over the next few years and enjoyed some of the most prolonged popularity of her career, performing in high-profile venues and numerous international jazz festivals. In 1975, she scored her biggest hit single since "Release Me" with a disco-fied update of Dinah Washington's "What a Diff'rence a Day Makes" (Top Ten R&B, Top 20 pop), and the accompanying album of the same name became her biggest seller yet.

In 1977, Phillips left Kudu for Mercury, landing a deal that promised her the greatest creative control of her career. She recorded four albums for the label, but none matched the commercial success of her Kudu output and after 1981's A Good Black Is Hard to Crack, she found herself without a record deal. Her last R&B chart single was 1983's "Turn Me Out," a one-off for the small Winning label; unfortunately, her health soon began to fail, the culmination of her previous years of addiction combined with a more recent flirtation with the bottle. Phillips died in Los Angeles on August 7, 1984, of liver and kidney failure. AMG. 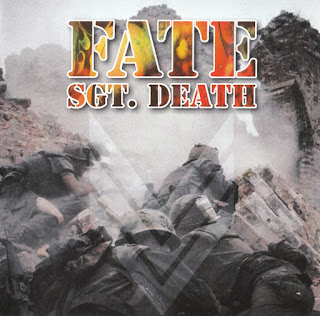 This album certainly qualifies as a lost gem of the Sixties. It was recorded in 1968 but lay gathering dust until 1999 when the first, vinyl issue was released. The music is very, very Doors like - the same guitar sounds and tinny organ and whilst the singer doesn't sound much like Jim Morrison, he sings with similar phrasing but has a slightly higher vocal range that Morrison's baritone. I am normally the last person on the planet to shout plagiarism, always hearing something different in even the most ardent copyist but these guys occasionally lapse into paint-by-numbers Doors but even then they still offer enough of their own take on things for interest to be maintained without question. Some of the material is basic blues and offers the listener nothing particularly interesting but the rest is of a very high standard, certainly in terms of the song structure and delivery. 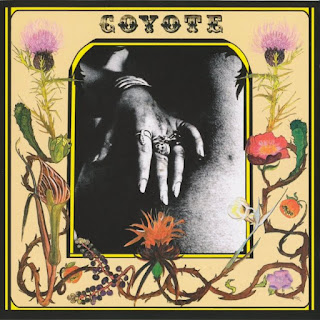 An interesting Maryland group that mixes jazz-prog with rock, country rock with a bit of psychedelia. 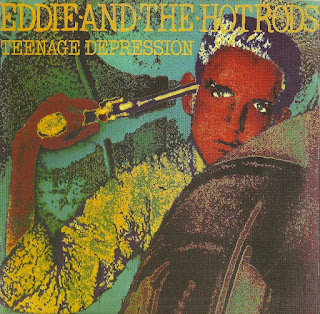 History records Eddie & the Hot Rods as the missing link between pub rock and punk, and their debut album, released at the tail end of 1976, proves that every word is true. Young, loud, snotty and incredibly fast, the riffs and rhythms are fuel-injected R&B, but the lyrics are teenaged disaffection with a forest on its shoulders. Even the album's covers, the Who's "The Kids Are Alright," Joe Tex's "Show Me," and Sam Cooke's "Shake," were selected for their swagger, while the title track is a proto-punk cry of anguish that makes the later new-wavers sound like a room full of spoiled children. The six-minute finale, "On the Run," is even stronger, a dead-end kid-style anthem about the ultimate outsider -- "the boy should be pitied, but they're getting me committed." The FX that drench the song's closing minutes, meanwhile, capture all the rage and confusion of the lyric, and give a hint of the sheer brutal power that was the Hot Rods when they really let loose -- a treat normally reserved for the live show. Isolated tastes of that particular beast do surface elsewhere on the album -- both "The Kids Are Alright" and "Been So Long" were recorded live at the Marquee on a baking-hot night in July 1976; the dozen bonus tracks appended to the CD reissue include four more from that memorable night, in the form of the legendary Live at the Marquee EP. Mach 10 versions of Van Morrison's "Gloria," Bob Seger's "Get Out of Denver," ? Mark's "96 Tears," and the Rolling Stones' "Satisfaction" further amplify the linkage between '60s garage and '70s punk, but, far more importantly, they give at least a hint of why witnesses still describe that particular show among the greatest gigs they ever attended. Five further tracks date from a Rainbow show nine months later, previously immortalized on the aptly named Live at the Speed of Sound EP; the CD is completed by the band's first two singles, including a crunchy cover of "Wooly Bully," produced by Roxy Music's Andy Mackay. They, however, are simply the icing on the cake. In late 1976, with punk still a flood of records waiting to happen, Teenage Depression was one of the only things that made it worthwhile to get up in the morning. And the Hot Rods live was the only thing that stopped you from getting straight back into bed. AMG. 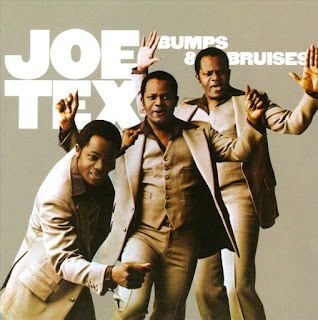 For one shining moment, disco and funk came together to produce a last big hit for Joe Tex, who was more than worthy of it. Trivial next to his greatest material, but he loved that big fat woman at least as much as the one with the scrawny legs, and it shows through, which is all fans of the form will ask. AMG. 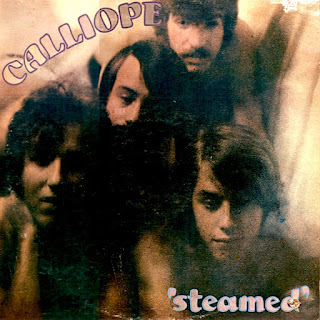 Psychedelic band from Seattle, the driving force behind this short-lived outfit was singer/songwriter Danny O’Keefe, who later had one or two Top 20 hits (including Magdalena). They made a bit of a splash locally, but like a lot of Seattle bands, they seemed much better live than on record.
It seems that bands from Seattle during that period did not get very good support from their record companies… obviously things have changed since then! Calliope’s first album is now a very minor collectable, and the second may have remained unissued. The Steamed album includes cover versions of Hello Hello (Lee Michaels), California Dreamin’ (with a very good psychedelic guitar solo), Hound Dog, Jimmy Bell (a traditional number), Like A Rolling Stone (Dylan), Nadine (Chuck Berry) and four originals - two by Goldsmith and two by O’Keefe. John Simpson, who was tragically killed in a plane crash in 1973, had previously played with Scott Strong in The Bumps and may also be the guy who played drums in Christopher. Prior to joining Calliope, Scott Strong also acted as their road manager. Paul Goldsmith had earlier been in Emergency Exit, Clyde Heaton in The Dimensions and Luther Rabb later played with Ballinjack. Thanks info to Rockasteria.