RE-POST: Company Caine - A Product Of A Broken Reality 1971 Formed in Melbourne, Australia in 1970, this psychedelic/blues group centred around lyricist and vocalist Gulliver Smith (b. Kevin Smith) who had previously worked with such outfits as Dr Kandy’s Third Eye and Time And The Forest Flower. Along with Smith, Company Caine (often referred to as Co Caine), the band comprised; Russell Smith (b. Russell Kinross-Smith; guitar), John McInerney (drums), Arthur Eisenberg (bass) and Dave Kane (guitar). In hindsight, the band had several excellent songs, some ordinary, but with obscure lyrics - most evident in their debut single ‘Trixie Stonewells Wayward Home For Young Women’ (1971) - but whether the group fully deserves its later cult status is debatable. The band was originally championed by a national magazine, Go Set, and its columnist ‘Dr Pepper’. Company Caine emerged from the late 60s’ psychedelic era of concerts and drug-taking (organized both in Melbourne and Sydney by US band Nutwood Rug).
The band suffered from frequent changes and additions to the line-up which, although not seeming to adversely affect their high-energy white blues live performances, ultimately took their toll with the result of the band dissolving in 1973. Gulliver went on to form the Bad Companions and Gulliver Smith And The Dead End Kids, while Russell worked with Mighty Kong. The two Smiths re-formed in 1975 under the name of Metropolis before briefly returning to the Company Caine monicker. The re-formed band was a much steadier, solid affair but did not attract the attention of the earlier incarnation and soon gave way to Gulliver’s next project, Little Gulliver. AMG. 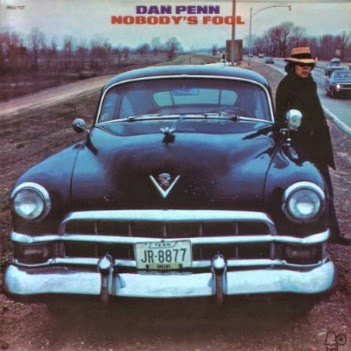 Dan Penn has written many great soul songs -- the problem is, he didn't keep any for this album. It's fine, as far as it goes, but it just doesn't go far enough, as you can tell when a cover of John Fogerty's "Lodi" becomes the most soulful thing here. To be fair, soul and country are cousins under the skin, and Penn does have his country touches, but the countrypolitan "I Hate You" -- which sounds like Charlie Rich with a bad case of middle-of-the-roaditis -- is just over the top, maudlin sentimentality. "Prayer For Peace" fares a little better, but in comparison to his classic compositions, it's hippie-dippy drivel that never gets to the core of emotions, the way Penn can at his very best (and the overblown backing vocals don't help either). And the spoken-word closer, "Skin," with its string accompaniment, is the kind of thing to make any soul fan cringe in sheer embarrassment. Even at its best, on the Philly-style "Raining In Memphis," this sounds geared more for the nightclub (or a Paul McCartney album outtake) than the gritty dancefloor. Not the man at the peak of his form. AMG. 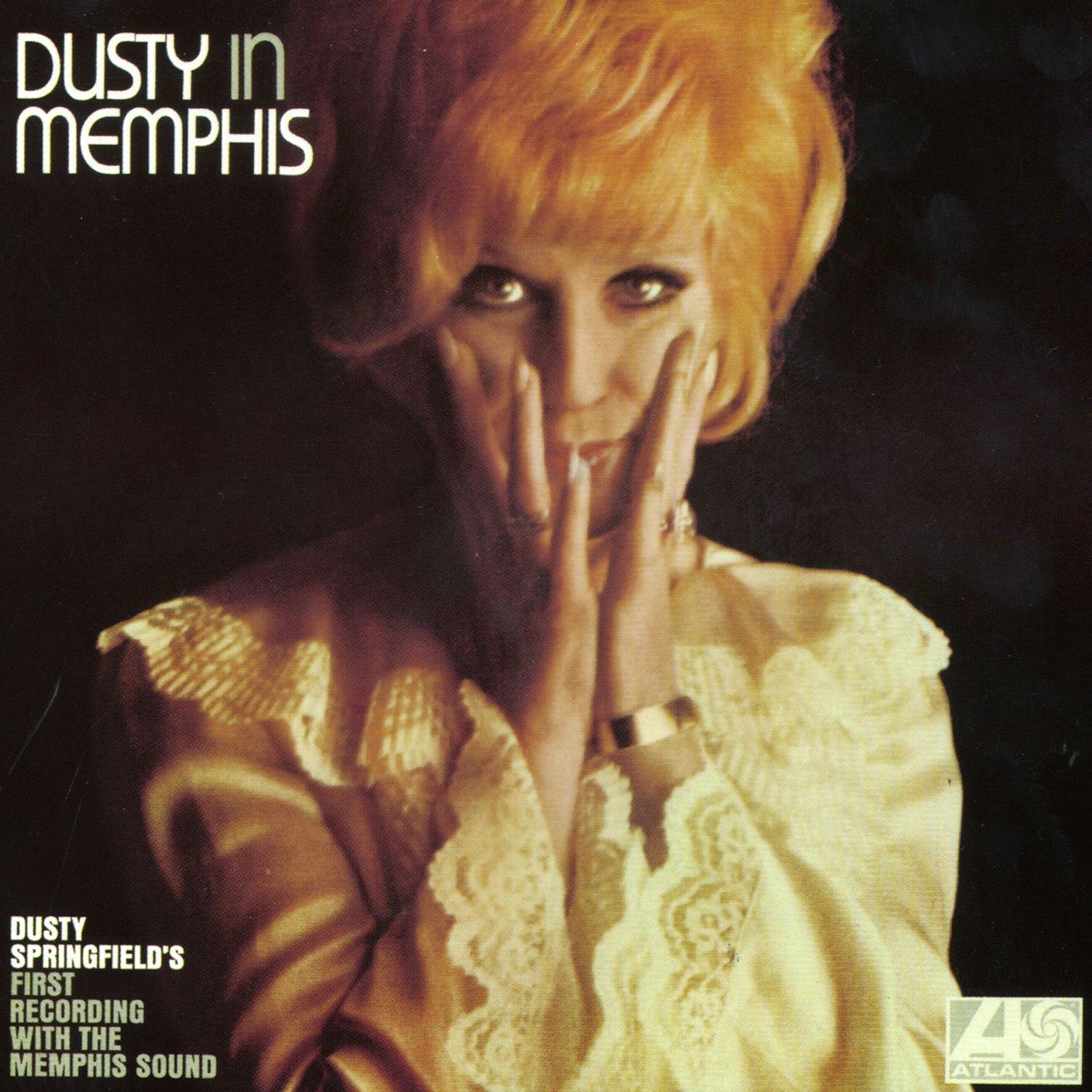 Sometimes memories distort or inflate the quality of recordings deemed legendary, but in the case ofDusty in Memphis, the years have only strengthened its reputation. The idea of taking England's reigning female soul queen to the home of the music she had mastered was an inspired one. TheJerry Wexler/Tom Dowd/Arif Mardin production and engineering team picked mostly perfect songs, and those that weren't so great were salvaged by Springfield's marvelous delivery and technique. This set has definitive numbers in "So Much Love," "Son of a Preacher Man," "Breakfast in Bed," "Just One Smile," "I Don't Want to Hear About It Anymore," and "Just a Little Lovin'" and three bonus tracks: an unreleased version of "What Do You Do When Love Dies," "Willie & Laura Mae Jones" and "That Old Sweet Roll (Hi-De-Ho)." It's truly a disc deserving of its classic status. AMG. 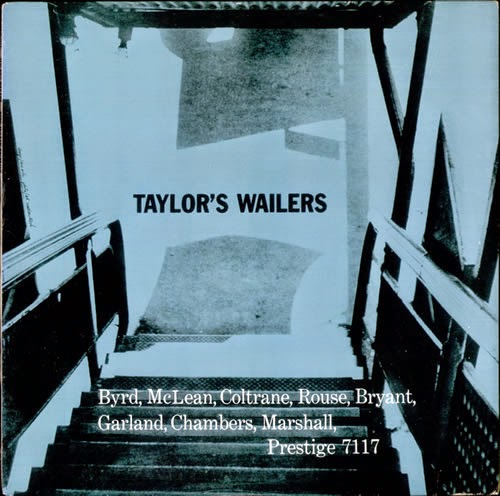 Five of the six selections on this CD reissue feature drummer Art Taylor in an all-star sextet of mostly young players comprised of trumpeter Donald Byrd, altoist Jackie McLean, Charlie Rouse on tenor, pianist Ray Bryant, and bassist Wendell Marshall. Among the highpoints of the 1957 hard bop date are the original version of Bryant's popular "Cubano Chant" and strong renditions of two Thelonious Monk tunes ("Off Minor" and "Well, You Needn't") cut just prior to the pianist/composer's discovery by the jazz public. Bryant is the most mature of the soloists, but the three horn players were already starting to develop their own highly individual sounds. The remaining track (a version of Jimmy Heath's "C.T.A.") is played by the quartet of Taylor, tenor saxophonist John Coltrane, pianist Red Garland, and bassist Paul Chambers and is a leftover (although a good one) from another session. AMG. 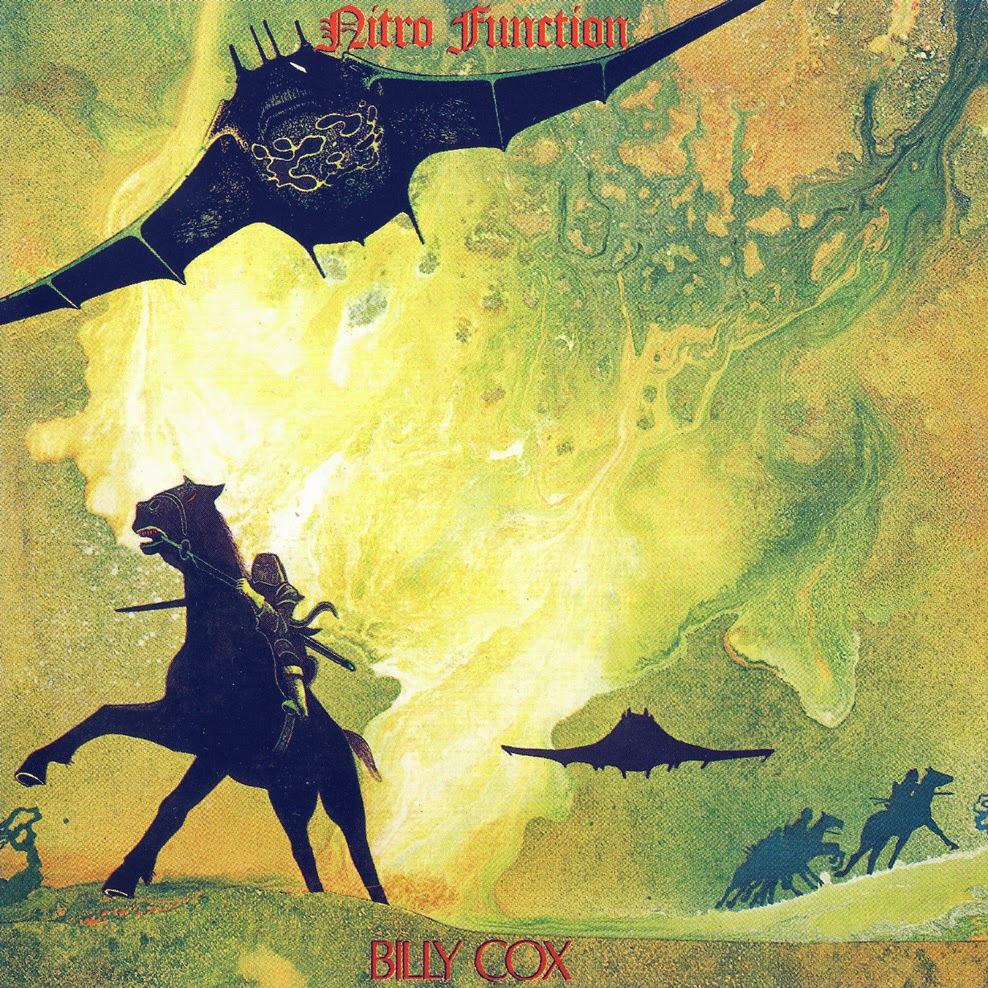 Noel Redding was the better-known of the two bassists who appeared alongside Jimi Hendrix during his brief recording career between 1967 and 1970 (due to the fact that he played on Hendrix's most acclaimed recordings), but Billy Cox had known and played alongside Hendrix longer. Cox originally met Hendrix back in 1961, when both were serving in the U.S. Army and stationed in Fort Campbell, KY. Cox was taken by guitar playing he heard coming from inside a Service Club on the military base one day, which turned out to be Hendrix, and soon after led to the pair holding jam sessions. Both left the military at around the same time, which led to the duo forming the R&B outfit the King Kasuals, and subsequent steady gigs on the Chitlin' Circuit (the black club scene in the south). Hendrix had decided by the mid '60s to try his luck elsewhere and relocated to New York City, where he was discovered by ex-Animals bassist Chas Chandler. When plans were made for Hendrix to put a band together in England, he phoned Cox with an invite to go along with him, which Cox politely declined -- opting instead to back R&B acts passing through the area.
Hendrix went on to become one of the late '60s most successful rock artists, but by 1969, he'd grown weary of his musical direction (and the public's desire to constantly focus on his showmanship rather than his playing). This resulted in Hendrix breaking up his band, the Experience, and setting out to form an multi-member ensemble. Hendrix's first choice for the newly vacated bass position went to his old friend Cox, and this time around, Cox accepted the invitation. The new group (Gypsys, Suns, and Rainbows), congregated in upstate New York, and consisted of rhythm guitarist Larry Lee, ex-Experience drummer Mitch Mitchell, and percussionists Juma Sultan and Jerry Velez, in addition toHendrix and Cox. Despite a memorable, set-closing performance at the Woodstock festival in August of 1969, the new group failed to remain together long enough to record an album.
Hendrix decided that his next outfit would be more streamlined (both musically and set-up wise), as he returned to the trio format -- retaining Cox as his bassist, and welcoming on-board drummer Buddy Miles. Although the new group (the funk-based Band of Gypsys) wouldn't remain together long either, they did manage to record a self-titled live album on New Year's Eve 1969 at New York's Fillmore East. With Miles' exit from the group, Hendrix phoned up old pal Mitchell once more, as the trio of Hendrix, Cox, andMitchell began recording tracks for Hendrix's oft-delayed fourth studio album overall at the guitarist's recording studio (which was still being constructed at the time), Electric Lady. The summer saw the trio play a steady stream of festival and arena dates in both the U.S. and Europe, with plans to finish off the aforementioned album (with a working title of First Rays of the New Rising Sun) by the end of 1970.
But on September 18, 1970, Hendrix died tragically in England, a couple of months shy of his 28th birthday. In the wake of Hendrix's death, Cox played with others, including the Charlie Daniels Band, as well as session work and live dates. Cox continues to play to this day, including as part of a Hendrix tribute outfit called the Gypsy Sun Experience, which also includes former bandmate Mitchell on drums, and Gary Serkin on guitar (Cox was also the recipient of his own model bass, when the Cort guitar company issued a Billy Cox "Freedom" model bass in the late '90s). In addition to the Band of Gypsys release, Cox's bass playing can be heard on such posthumously release Hendrix albums as South Saturn Delta, Live at Woodstock,Live at the Fillmore East, and a reconstructed version of First Rays of the New Rising Sun, in addition to such home videos as Live at the Isle of Wight 1970, Live at Woodstock, The Dick Cavett Show,Rainbow Bridge, and Jimi Hendrix, among others. AMG. 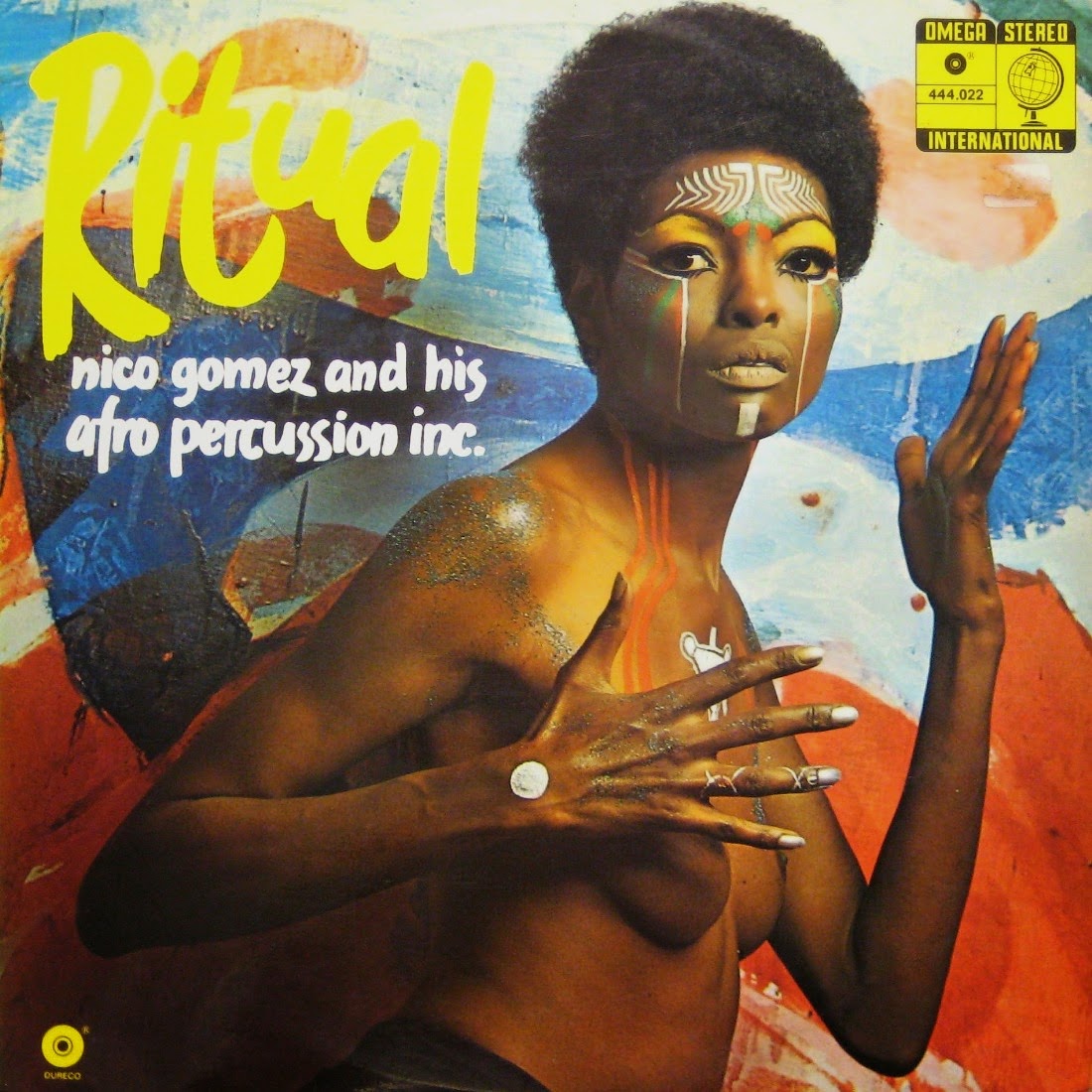 Reproduction reissue of Afro-Latin-Funk-Fuzz holy grail on heavy vinyl. Includes mp3 download code redeemable from the label** "Belgium, not the first place you'd think of when it comes to Latin or Afro funk. Yet one of the greatest records to blend both styles came from the small northern European country, masterminded by Nico Gomez and his Afro Percussion Inc. Ritual was originally released in 1971 on the Dutch label Omega International (Gomez was born in Holland before moving to Belgium in the late 40s) and is being reissued by Mr Bongo in 2013, bringing its blazing funk grooves to both new ears and those already tuned in to this masterpiece's legacy. Across its 11 tracks Ritual delivers the kind of production, arrangement and musicianship that rightfully belong in a dictionary next to the definition of professional. Gomez' band was tight and they knew it, showing it off on their covers of Perez Prado's 'Caballo Negro' and 'Lupita' by injecting the originals with a deep funk that blends both Afro and Latin influences. On 'Samba De Una Nota So' and 'El Condor Pasa', another pair of covers, they switch to soulful downtempo with mesmerising ease. The title cut remains one of the album's highlights, a devastating dancefloor groove with horns to match that has aged beautifully and was heavily sampled by Liquid People for 'The Dragon'. 'Pa! Pa! Pa! Pa!' adds touches of rock with fuzzy guitars for one of the album's headier experiences. Ritual is a perfect example of the kind of experimentation that was rife in the 70s and which, when done as well as on this album, proves quite simply timeless.

Enviar a mensagem por emailDê a sua opinião!Partilhar no TwitterPartilhar no FacebookPartilhar no Pinterest
Etiquetas: Nico Gomez And His Afro Percussion Inc. 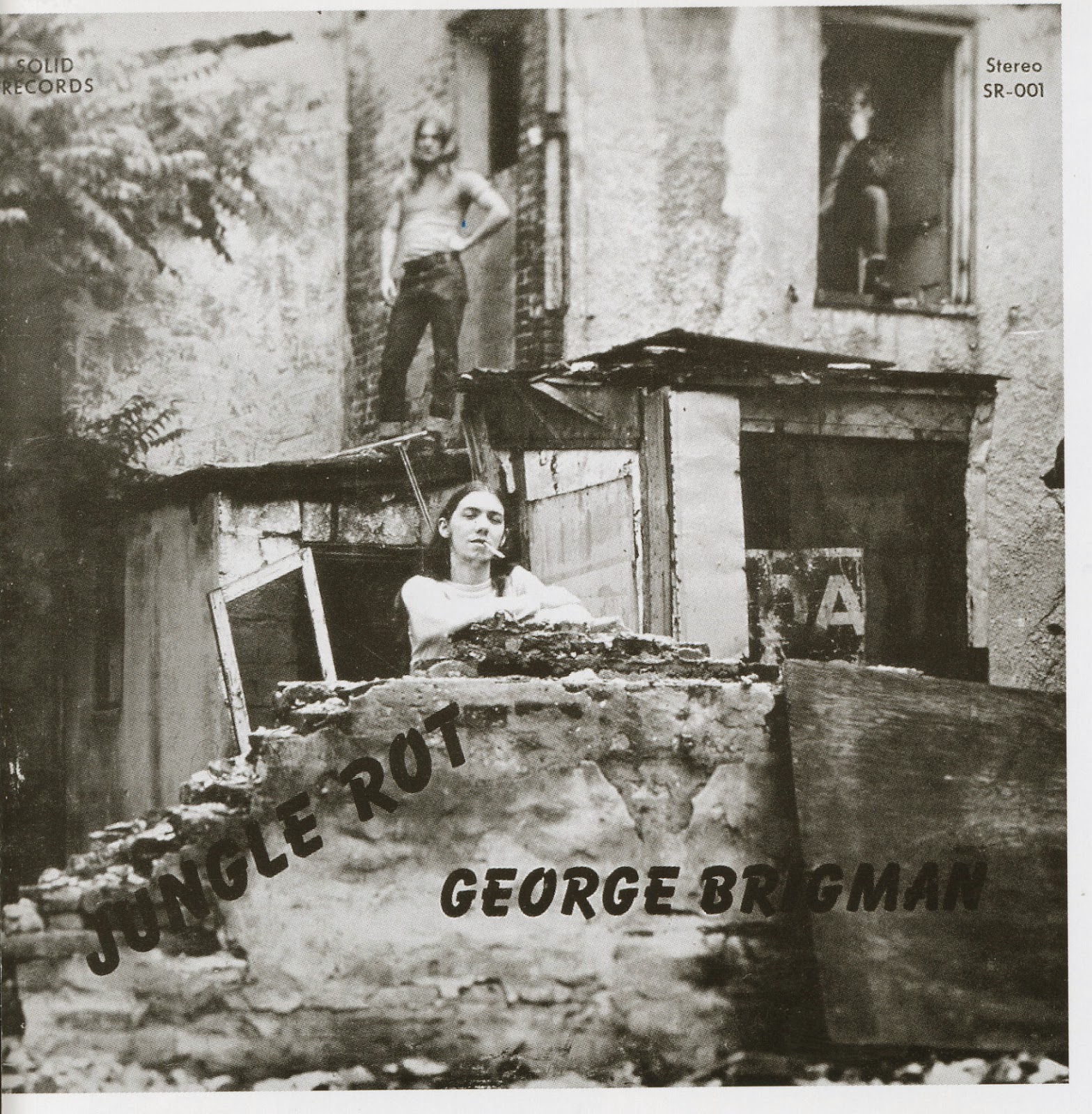 George Brigman sounded like a man out of time on his rare mid-'70s debut, Jungle Rot (though it's not so rare anymore, having been reissued both legitimately and illegitimately on several labels). Unlike the oncoming punks and new wavers, he had an obvious affinity as a keeper of the flame of classic rock forms, most particularly the late-'60s/early-'70s blues-rock of British bands such as the Groundhogs. Yet if this was blues-rock, it was blues-rock the D.I.Y. way, recorded on his own with a mass of hazy distorted guitar lines. It was almost unself-consciously auteurish (and even a bit minimalist) in its presentation, his insistent and repetitive songs fired by belligerent lyrical scuzziness and sullen vocals that were don't-give-a-damn to the point of near-nonchalance. So it's a bit like hearing a punky, pared-down Groundhogs, that band's guitarist and focal point, T.S. McPhee, being one of Brigman's declared heroes. It's the kind of sound that fits the frequent collector description of this kind of music as "mind-melting acid fuzz" (or words to that effect) to a T, though it does get more monotonous over the length of an LP than the top blues-rockers do. Note, though, that despite what you might have read elsewhere, Brigman wasn't purely devoted to thickly fuzzed subdued rants. He also peeled off some nicely silvery and sliding riffs on occasion, sometimes summoning a fetching shy almost-croon for rather gentle reflective rolling bluesy numbers, particularly on the best song, "Schoolgirl." The 2005 CD on Bona Fide adds historical liner notes and three bonus cuts in a marginally less unconventional style that Brigman recorded slightly later with the band Hogwash. AMG. 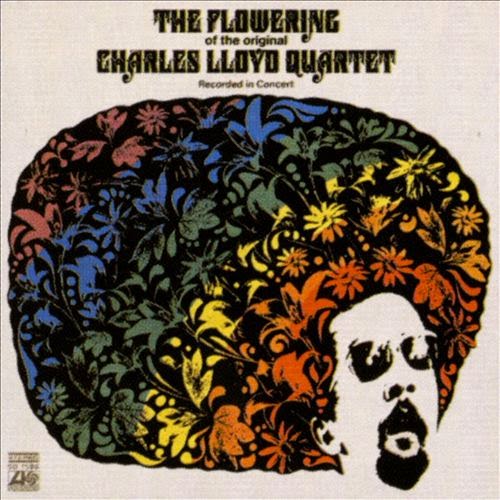