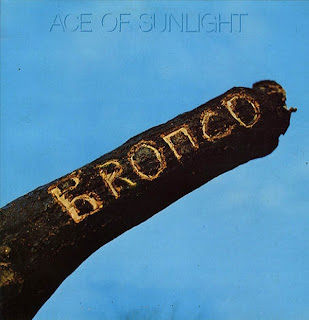 Formed August 1969 by Jess Roden following his split from The Alan Bown Set, Bronco were signed to Island Records and released two albums 'Country Home' and 'Ace of Sunlight'. Roden left the band mid 1972 to start a solo career, guitarist Robbie Blunt soon followed, the remaining members drafted in Paul Lockey on vocals (who both Kevyn Gammond and Pete Robinson knew form various incarnations of The Band of Joy) and Dan Fone on guitar, they released one last album this time with Polydor records 'Smoking Mixture'. Bronco's bass player John Pasternak died of a heart attack in September 1986. Led Zeppelin's Robert Plant fronted a tribute event for Pasternak in December of that year. Two Bronco tracks are featured on Island records compilation albums: "Love" appears on Bumpers released in 1970 and "Sudden Street" appears on El Pea (1971).
More recently the Bronco track 'Time Slips Away' has been included on the Island Records compilation 'Meet On The Ledge', released as part of Island's 50th anniversary in 2009. 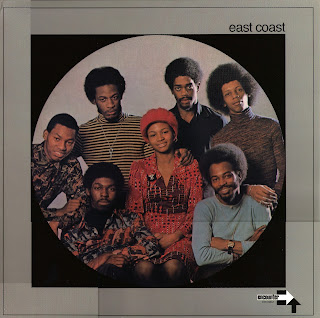 This is a funky soul album by the group "East Coast", released on drummer Bernard Purdie's short-lived label Encounter Records in 1973. This is clearly a live party band recorded pretty straight-up in the studio. Hammond B3 organ with full tremelo versus a distorted-wah-wah guitar anchor a heavy sound. A tough brass section push through, while Blackmon's drums are all cymbal crashes. 22-year-old Gwen Guthrie has a strong soulful voice, which she obviously needed over this sort of density. 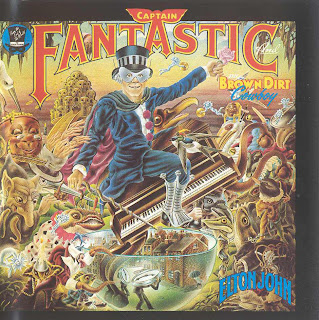 Sitting atop the charts in 1975, Elton John and Bernie Taupin recalled their rise to power in Captain Fantastic and the Brown Dirt Cowboy, their first explicitly conceptual effort since Tumbleweed Connection. It's no coincidence that it's their best album since then, showcasing each at the peak of his power, as John crafts supple, elastic, versatile pop and Taupin's inscrutable wordplay is evocative, even moving. What's best about the record is that it works best of a piece -- although it entered the charts at number one, this only had one huge hit in "Someone Saved My Life Tonight," which sounds even better here, since it tidily fits into the musical and lyrical themes. And although the musical skill on display here is dazzling, as it bounces between country and hard rock within the same song, this is certainly a grower. The album needs time to reveal its treasures, but once it does, it rivalsTumbleweed in terms of sheer consistency and eclipses it in scope, capturing John and Taupin at a pinnacle. They collapsed in hubris and excess not long afterward -- Rock of the Westies, which followed just months later is as scattered as this is focused -- but this remains a testament to the strengths of their creative partnership. AMG. 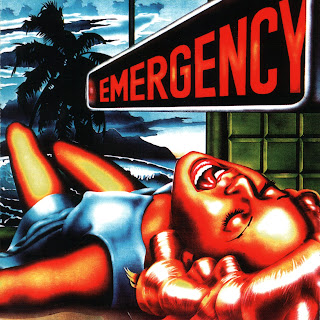 The German based band Emergency was founded in 1970 by Czech musician Hanus Berka, who already had a career as an arranger and sideman in the States among others with Jan Hammer and Miroslav Vitous. The multicultural band consisted of Berka (sax & keyboards) fellow Czechs Jiro Matousek (keyboards), Otto Bezloja (bass) and Dusko Goykovic (trumpet), German drummer Udo Lindenberg and Englishman Barrie Newby on guitar.
The band recorded two jazz-rock records with brass arrangements for CBS. 'Emergency' (1971) and in 1972 'Entrance' with a changed line-up.
In the summer of '72 the band split up, only to be reformed in December of the same year with a complete new line-up: Berka, Peter Bischof (ex-Orange Peel, lead vocals), Richard Palmer-James (ex-King Crimson lyricist, guitar& vocals) Jerzy Ziembrowski (bass), Veit Marvos (ex-2066 &Then, keyboards), Martin Harrison (percussion) and Bernd Knaak (drums). The new line-up secured a record deal with Brain and recorded two commercially oriented records 'Get out To the Country' (1973) and 'No Compromise' (1974) the last again with a changed line-up. Both records present jazz-rock with blues and soul elements. Afterwards the band folded for good. 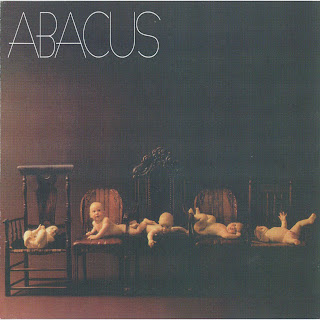 German progressive rock band Abacus released four albums during the early '70s; a self-titled debut in 1971 was followed by Everything You Need and Just a Day's Journey Away the following year andMidway in 1974. AMG. 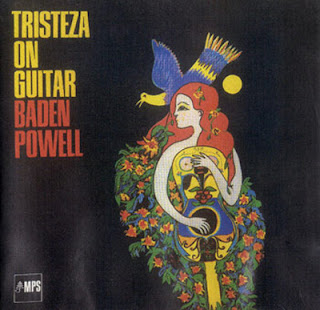 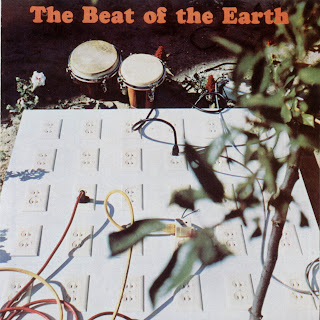 After being discovered by fans of underground psychedelia in the late 1980s, Orange County band BEAT OF THE EARTH's sole 1967 album has grown into a classic within the field, in spite of its rarity and lack of a reissue. The improvisational music on the album cannot be easily described but most who hear it agree that it represents a unique link between mid-1960s California teen sounds and the droning acid rock of the later era.

Enviar a mensagem por emailDê a sua opinião!Partilhar no TwitterPartilhar no FacebookPartilhar no Pinterest
Etiquetas: The Beat of the Earth 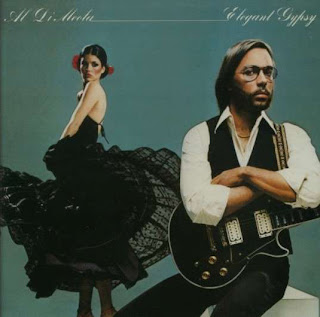 Guitarist Al di Meola's second record as a leader is generally an explosive affair, although it does have a fair amount of variety. With Jan Hammer or Barry Miles on keyboards, electric bassist Anthony Jackson, drummer Lenny White (Steve Gadd takes his place on the "Elegant Gypsy Suite"), and percussionist Mingo Lewis on most of the selections, di Meola shows off his speedy and rock-ish fusion style. He was still a member of Return to Forever at the time and was a stronger guitarist than composer, but di Meola did put a lot of thought into this music. The brief "Lady of Rome, Sister of Brazil" (an acoustic guitar solo) and "Mediterranean Sundance" (an acoustic duet with fellow guitaristPaco de Lucía) hints at di Meola's future directions. A near classic in the fusion vein. AMG. 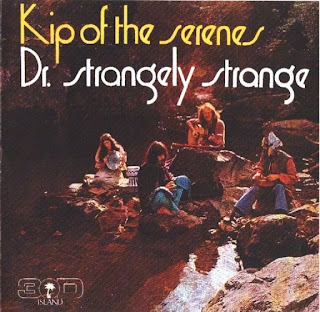 Ireland's answer to the Incredible String Band, Dr. Strangely Strange engaged in the same type of psychedelic acoustic music with folksy arrangements. With traditional instruments like penny whistle, fiddle, harmonium, and mandolin, Dr. Strangely Strange was more solidly rooted in melody and structure than the group's flaky Scottish counterparts. Produced by British modern folk guru Joe Boyd,Kip of the Serenes is built around simple and repetitious melodies occasionally interrupted by stream-of-consciousness musical and lyrical diversions. This simplistic approach would be abandoned with their 1970 follow-up, Heavy Petting, which saw their first partnership with electric guitarist Gary Moore. AMG. 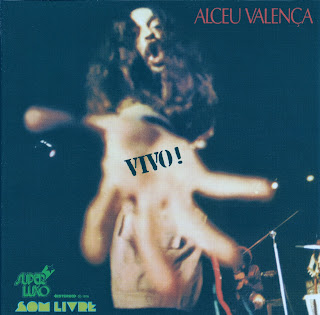 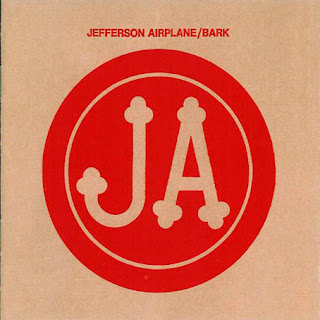 By the time of Bark, personnel changes had gutted much of the original version of Jefferson Airplane, especially with the departure of Marty Balin. Paul Kantner and Grace Slick remained, but their compositions were growing increasingly ill-focused, and Jorma Kaukonen and new drummer Joey Covington were ill-equipped to pick up the songwriting slack. The result was an album that bore hallmarks of the classic Airplane sound, but lacked any classic Airplane songs. That said, the record isn't as bad as many reviewers have made it out to be. It's just mediocre, with little that sticks in the memory, despite occasional nice moments in cuts like Covington's "Pretty as You Feel" and Kaukonen's delicate "Third Week in the Chelsea." AMG.