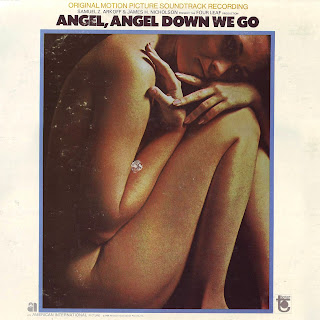 Arguably one of the most successful songwriting partnerships of the rock era, the husband-wife team of Barry Mann and Cynthia Weil formed a cornerstone of the famous Brill Building sound, writing hits for the Drifters and the Righteous Brothers, among others. Before Mann and Weil met, each was an aspiring songwriter, although Mann had achieved some chart success. Weil, a lyricist, worked with songwriter Teddy Randazzo before meeting Mann, a burgeoning staff writer at Don Kirshner's Aldon Music who ended up scoring a hit as a performer with the 1961 novelty record "Who Put the Bomp..." and hit the Top 100 with a few other singles. When the two met at a songwriting session they felt an instant affinity for one another and began both a professional and private relationship. Such was the pattern within the Brill Building as the songwriting partnerships of King/Goffin and Barry/Greenwich were also husband-and-wife teams. The pattern seemed to work, and in the case of Mann and Weil, it was the former who supplied much of the music, while Weil contributed the lyrics. Though she was not a musician, and as such often felt uncomfortable around the Aldon staff, for her own part, Weil was a lyricist of exceptional depth and understanding. For the first time, she brought a political consciousness to the Brill Building sound and its steady preoccupation with teenage love. Weil addressed the inconsistencies of class within America on such songs as "On Broadway," a song made famous by the Drifters that has since become a standard. And she furthered the point with the Crystals "Uptown," which tells the story of a black man and the shame he must endure at his job, through the eyes of his girlfriend. Mann and Weil continued to have hits throughout the '60s, scoring with "Kicks" (Paul Revere & the Raiders), "My Dad" (Paul Peterson), "We Gotta Get Out of This Place" (the Animals), and their most famous composition "You've Lost that Loving Feeling," which was recorded by the Righteous Brothers and went on to become the most played song of the 20th century. In 1964, the duo also teamed with Phil Spector to write for the Ronettes. The hits continued through the years, with the duo providing songs for such artists as Dolly Parton ("Here You Come Again"), Mama Cass, James Ingram ("Just Once"), BJ Thomas, Linda Ronstadt and Aaron Neville ("Don't Know Much"), and Hanson ("I Will Come to You"). Mann also produced and played keyboards for such artists as BJ Thomas, John Lennon, and Michael Bolton, while Weil has continued to write lyrics and oversee various album projects. In 1987, Weil and Mann were inducted into the Songwriters' Hall of Fame; that same year the theme song for An American Tail, "Somewhere Out There" (co-written with James Horner), won two Grammy Awards, including Best Song. Over the years, the duo's music has been featured in a number of other films, as well, including 1996's Muppet Treasure Island. They have their own website at www.mann-weil.com. AMG.