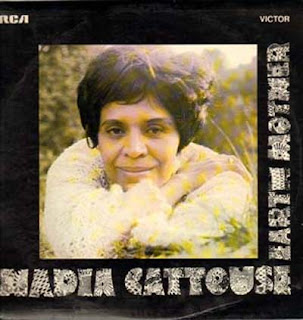 Nadia Cattouse (born 2 November 1924 in Belize City, British Honduras) is an actress, singer and songwriter. She is best known for her acting roles in many British television programmes including Play for Today, Crown Court, Dixon of Dock Green and Johnny Jarvis. As a singer in the 1960s she performed at Les Cousins folk and blues club in Greek Street, London. With Robin Hall and Jimmie MacGregor she made Songs of Grief & Glory (1967). Her album Earth Mother (1970) was partly recorded at the 1969 Edinburgh Festival. She features on the compilation Cult Cargo: Belize City Boil Up (2005).

Can you re-upload this, please? Thanks so much!