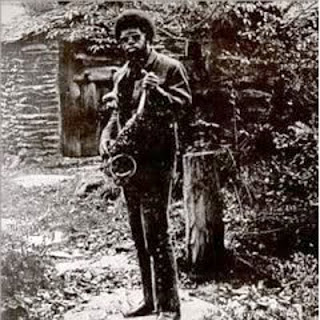 Tenor saxophonist Joe McPhee has been a cult figure in the jazz world despite a string of releases on the visible Hat Art label and vocal support from the likes of Ken Vandermark. Nation Time is good evidence why. Its three tracks were recorded live in December 1970 and released the following year on the tiny independent CjR Records. "Nation Time" and "Scorpio's Dance" feature McPhee with a quintet that mixes electric and acoustic instruments with dual percussionists. In a way, this is familiar territory, working Coltrane-inspired repetitions and a nearly reckless group interplay against a variety of musical textures. Here some electric piano or full-speed drumming, there roughly wailed sax or a trumpet pushing notes to a near drone. But no matter how familiar the approach, the end result is inventive and captivating as these two pieces shift from nearly conventional extended improvisations to less structured sound without ever sounding forced.

However, it's the 13-minute "Shakey Jake" that seems like the birth of a wonderful new style that unfortunately never went any further. With the quintet expanded by an alto sax, organist, and electric guitarist, McPhee gets busy marrying free jazz to James Brown funk or maybe creating a vision of what would have happened if early-'60s Coltrane had revisited his R&B youth. The band sets up a complex but danceable groove while the soloists surf along, twisting melodies and pushing the beat but never relying on repeated riffs. Despite their various ideas and overlapped solos, the effect is collaborative not competitive as if they realized what a rare experience this would be. AMG.