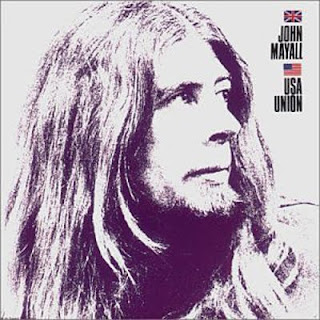 John Mayall's Turning Point band -- Jon Mark, Johnny Almond, and Steve Thompson -- broke up in June 1970 after a European tour. Mayall then assembled his first all-American band and recorded this album in July. It had more drive than the previous outfit, and Mayall turned to environmentalism on the leadoff track, "Nature's Disappearing." But much of his low-volume, reflective approach remained on an album that was still more of a jazz-pop outing than the blues sessions of his early career. USA Union had the highest U.S. chart peak of his career, hitting #22. But in the U.K., where its title confirmed Mayall's U.S. leanings, the album showed a big dropoff from his usual sales. AMG.

cheers, thanks for the tunes