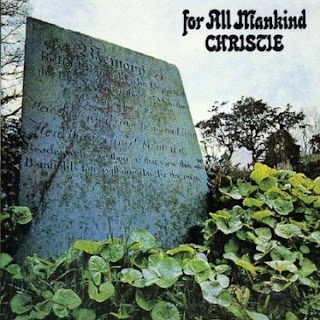 Leeds-born Jeff Christie (b. 1946) entered music by way of a skiffle band that eventually moved into rock & roll, taking the name the Outer Limits. They eventually cut a pair of singles, before breaking up, and Jeff Christie decided to try a career as a songwriter. His demo tape made its way to Tremeloes' guitarist Alan Blakely, and happened to be heard by his brother, drummer Mike Blakely, formerly of the Epics and the Acid Gallery. Both were impressed enough with Christie's songs to arrange a recording session in London where the Tremeloes participated as Christie's backing band -- none of the sides from that session saw the light of day, but inspired by Blakely's faith in his songs, Jeff Christie decided to put together a group of his own. The latter included Christie on bass and lead vocals, Blakely on drums, and his ex-Epics/Acid Gallery bandmate Vic Elmes on guitar and vocals. The group decided to use Jeff Christie's family name as their own and were signed by British CBS. At the time, they bidded fair to become England's answer to Creedence Clearwater Revival.

Their debut single, "Yellow River," however, was more a showcase for Jeff Christie and Vic Elmes as singers than for the band, as it featured their voices dubbed over the Tremeloes' backing track cut at Christie's first session. Whatever its origins, it did the job, riding the U.K. pop charts for 22 weeks and reaching the number one chart spot in several countries; even in the United States, where it faced the stiffest competition, the Epic Records-released single reached number 23, a very respectable showing for an act that was nowhere near ready to tour the U.S. Their follow-up, a group recording called "San Bernadino," reached number one in Germany and number seven in England, though it never climbed beyond the lowest reaches of the Top 100 in America. The resulting album, however, with "Yellow River" as the title track, reached the middle level of the charts and stayed in the Billboard listings for two and a half months, although it could and should have done a lot better. The LP had at least three additional potential singles on it, all in a similar catchy pop/rock vein, and then-Columbia president Clive Davis was a strong believer in using singles and albums to promote each other, but for some reason the label reached out to a song, "Man of Many Faces," that wasn't on the LP for the third single.

The group went through numerous lineup changes heading into 1971, including the departure of Mike Blakely, who had tired of the constant touring, who was replaced by Paul Fenton, and a second LP wasn't forthcoming until well into that year. For All Mankind abandoned the commercial, pop-oriented sound of its predecessor in favor of a harder, higher-wattage, more blues-oriented sound, and neither it nor the single "Picture Painter" did as well as their earlier records. They re-grouped, with former Unit 4+2 alumnus Howard Lubin in the lineup on a new song, called "Iron Horse," that was as catchy as the early singles. This proved to be their last full-fledged effort, however, as Elmes and Christie began to clash personally and professionally, and the original quartet split up in 1972. Elmes went on to be a top session guitarist and made a name in film music, most notably in the scoring for the science fiction/fantasy series Space: 1999, while Paul Fenton became a member of T. Rex and has continued to work in the latter capacity, as part of Mickey Finn's T. Rex, into the 21st century, and Lem Lubin participated in the recording of Ian Hunter's 1977 album Overnight Angels. Jeff Christie kept the group's name alive well into 1973 with replacement members, and cut songs for Mercury Records in the mid- '70s -- he kept using the group name as an alias on material recorded for the Epic and Wizard, and took back his full name for records on the RK label in the 1980s. There were disputes over the use of the group name in the 1980s, though Jeff Christie appears to be using it most recently, while Vic Elmes sometimes fronts a band called Christie Again in Europe. AMG.