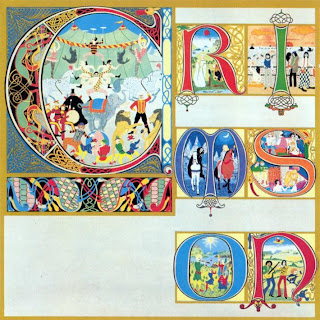 Lizard is very consciously jazz-oriented -- the influence of Miles Davis (particularly Sketches of Spain) being especially prominent -- and very progressive, even compared with the two preceding albums. The pieces are longer and have extensive developmental sections, reminiscent of classical music, and the lyrics are more ornate, while the subject matter is more exotic and rarified -- epic, Ragnarok-like battles between good and evil that run cyclically. The doom-laden mood of the first two albums is just as strong, except that the music is prettier; the only thing missing is a sense of humor. Jon Anderson of Yes guests on one key number, "Prince Rupert Awakes" (which vocalist/bassist Gordon Haskell never completed), and the album is stronger for his presence. At the time of its release, some critics praised Lizard for finally breaking with the formula and structure that shaped the two preceding albums, but overall it's an acquired taste. AMG.