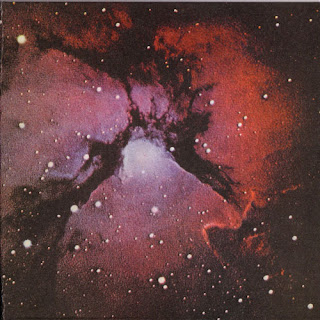 The weakest Crimson studio album from their first era is only a real disappointment in relation to the extraordinarily high quality of the group's earlier efforts. The songs are somewhat uneven and draw from three years of inspiration. "The Letter" is an adaptation of "Drop In," a group composition that was featured in the early set of the original Crimson lineup from 1969, while "Song of the Gulls" goes back to the pre-King Crimson trio of Giles, Giles & Fripp for its source ("Suite No. 1"). There are also a few surprises, such as the Beatles-like harmonies on the raunchy "Ladies of the Road" and the extraordinary interweaving of electric guitar and Mellotron by Robert Fripp on "A Sailor's Tale, which is one of the highlights of the early- to mid-period group's output. Some of the music overstays its welcome -- several of the six tracks are extended too far, out of the need to fill up an LP -- but the virtuosity of the band picks up most of the slack on the composition side: Collins' saxes and Wallace's drums keep things much more than interesting in tandem with Fripp's guitar and Mellotron, and guest vocalist Paulina Lucas' keening accompaniment carries parts of "Formentera Lady" that might otherwise have dragged. [After an unfortunate history of mediocre pressings, in March of 2000 Virgin Records released a 24-bit digitally remastered CD that captured the original intact.] AMG.