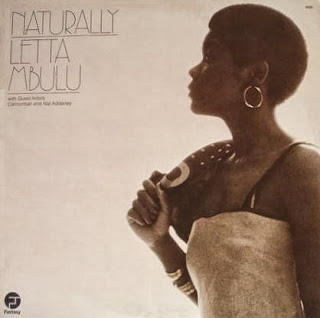 With her performance at the Unity Festival Apartheid in 1991, Letta Mbulu returned triumphantly to her homeland of South Africa. Having been exiled, due to Apartheid, for more than a quarter century, Mbulu had gone from a teenager in the groundbreaking South African musical production King Kong of 1960 to one of the most influential singers to ever come out South Africa. In addition to recording such South African hits as "I Need Your Love," "Buza," and "Everybody Sing Along," Mbulu added her soulful vocals to recordings and/or concerts with late jazz saxophonist Cannonball Adderly, Michael Jackson, and Harry Belafonte. Mbulu, whose screen credits include, A Warm December and The Color Purple, performed the opening title track and most of the African music for the historical 1970s miniseries Roots, part one and part two. According to Quincy Jones who produced her collaboration with Michael Jackson, "Liberian Girl," and co-produced The Colour Purple, "Mbulu is the roots lady, projecting a sophistication and warmth which stirs hope for attaining pure love, beauty, and unity in the world."
During her lengthy exile, Mbulu remained committed to the music of her birth land. She helped to form South African Artists United (SAAU) in 1986, basing the group on the Union of South African Artists that grew from the African Jazz and Variety for whom she made her early debut. Mbulu's husband, Caiphus Semenya, who she met while touring withKing Kong, plays an essential role in her music. AMG.