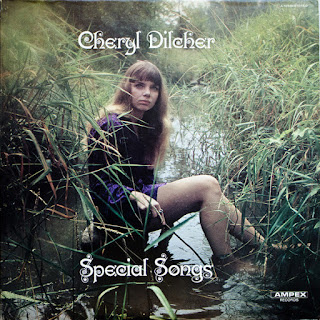 Perhaps one of the best folk albums of the 70's. Her debut album Special Songs is simply magnificent. The career of this girl, who herself wrote and performed her songs, began quite traditionally for those years. She performed in colleges, in small clubs and cafes, accompanying herself on a twelve-string guitar. In 1967, her performance was accidentally seen by novice producer Johnny Dee, who immediately realized what kind of talent he was dealing with. He recorded a demo that recording studios began offering and one of them, Ampex, agreed to work with promising young talent.

Then everything was simple - Johnny drew several musicians he knew to record, the rest were hired by the studio. and when another female voice was needed for backing vocals, they found a girl who was wandering around the city in search of earnings. She turned out to be ... Betty Midler. Yes, this record, to all its merits, is also the debut of a wonderful actress and singer.