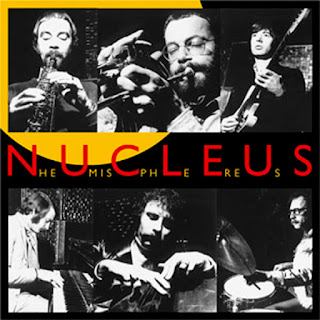 Nucleus began its long jazz-rock journey in 1969, when it was originally formed by trumpeter Ian Carr. They attracted a following after a successful performance at the Montreux International Festival in 1970, which led to the critical success of albums Elastic Rock and We'll Talk About It Later. The other members consisted of saxophonist Karl Jenkins, drummer John Marshall, and guitarist Chris Spedding. Spedding split after the first two albums, but the rest of the lineup lasted until 1972, when Jenkins and Marshall both left to join Soft Machine. Belladonna was the first album with only Carr, and although he enlisted the help of guitarist Allan Holdsworth, the band eventually became a solo venture for his music. They finally broke up in the mid-'80s after several Carr-only albums.AMG.