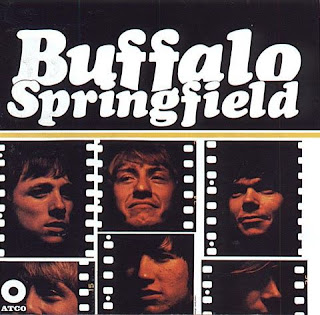 The band themselves were displeased with this record, feeling that the production did not capture their on-stage energy and excitement. Yet to most ears, this debut sounds pretty great, featuring some of their most melodic and accomplished songwriting and harmonies, delivered with a hard-rocking punch. "For What It's Worth" was the hit single, but there are several other equally stunning treasures. Stephen Stills' "Go and Say Goodbye" was a pioneering country-rock fusion; his "Sit Down I Think I Love You" was the band at their poppiest and most early Beatlesque; and his "Everybody's Wrong" and "Pay the Price" were tough rockers. Although Neil Young has only two lead vocals on the record (Richie Furay sang three other Young compositions), he's already a songwriter of great talent and enigmatic lyricism, particularly on "Nowadays Clancy Can't Even Sing," "Out of My Mind," and "Flying on the Ground Is Wrong." The entire album bursts with thrilling guitar and vocal interplay, with a bright exuberance that would tone down considerably by their second record. [Some reissues present both mono and stereo mixes of the album, and include "Baby Don't Scold Me" (which was on the first pressing of the record, but was soon replaced by "For What It's Worth").] AMG.

Many, many thanks for this and the other 12 posts for today. Beautiful music.

BAM BAM BAM !! You are on top of it Carlos Bill

Hi Snakeboy, thanks for your comment, take care and enjoy!

BILL Thanks for your comment! Hope everything is okwith you. Take care and enjoy!