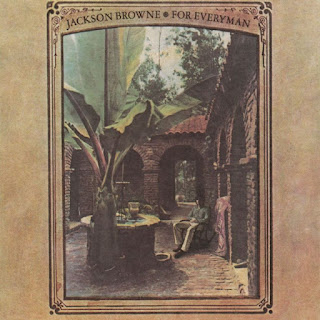 Jackson Browne faced the nearly insurmountable task of following a masterpiece in making his second album. Having cherry-picked years of songwriting the first time around, he turned to some of his secondary older material, which was still better than most people's best and, ironically, more accessible -- notably such songs as "These Days," which had been covered six times already, dating back to Nico's Chelsea Girl album in 1967, and "Take It Easy," a co-composition with the Eagles' Glenn Frey that had been a Top 40 hit for the group in 1972. Browne unsuccessfully looked for another hit single with the up-tempo "Red Neck Friend," reminisced about meeting his wife and starting a family in the coy "Ready or Not," and, at the end, finally came up with a new song to rank with those on the first album in the philosophical title track, which reportedly was his more positive reply to Crosby, Stills, Nash & Young's "Wooden Ships." (David Crosby sang harmony.) Musically, the album was still restrained, but not as austere as Jackson Browne, as the singer had hooked up with multi-instrumentalist David Lindley, who would introduce interesting textures to his music on a variety of stringed instruments for the next several years. All of which is to say that For Everyman was a less consistent collection than Browne's debut album. But Browne's songwriting ability remained impressive. AMG.