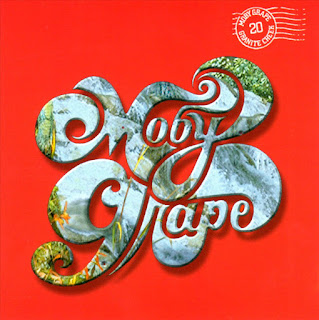 The story of Moby Grape has been told and re-told countless times, with its tales of excess, mismanagement, and record company screwups. By the end of the '60s the Grape was all but finished -- or so everyone thought. After an aborted attempt at a Peter Lewis solo album, producer David Rubinson was able to help engineer this re-formation of all five original members, along with extra member Gordon Stevens on various stringed instruments. Written and recorded at the Grape's communal house in the Santa Cruz mountains, the results of the experiment rendered 20 Granite Creek, an album that is rightfully the successor to the first album (1967's Moby Grape). One of the most shining examples is Peter Lewis' funky and fast "Goin' Down to Texas," which clearly illustrates the power Moby Grape had in this, one of the original three-guitar lineups. Skip Spence, who was one of the more interesting writers in the band, contributes one song, the delicate and gorgeous oriental-sounding "Chinese Song." The whole record is quite similar in feel to the Doors' L.A. Woman, another truly great, homemade comeback album. Of course, it didn't sell anything. A true crime in a never-ending saga. AMG.