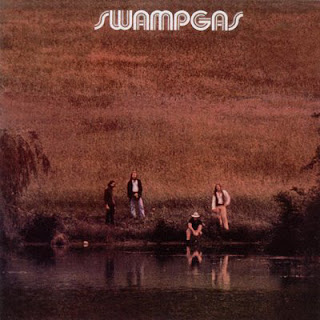 The Long Island, NY, band Swamp Gas recorded one album of mediocre of-its-age rock at the beginning of the early ’70s. Alternating between hard rock and folk-rock, it bore some influences from the Grateful Dead, Crosby, Stills, Nash & Young, and more aggressive bluesy early hard rock bands. The group had been discovered by Artie Kornfeld, most famous as one of the producers of the Woodstock festival, and Kornfeld and the band were co-credited as producers of the self-titled Swampgas LP.

It didn’t come out immediately, however, as Kornfeld’s label experienced financial troubles. It did eventually get released by Buddah Records, the parent company of Kornfeld’s label, but by that time the band had been broken up for about a year. Guitarist and principal songwriter Baird Hersey later recorded as part of the jazz group the Year of the Ear, with the band FX, and as a solo artist, as well as played guitar and sung with David Hykes. Singer Kim Ornitz established a successful career in film music as a sound mixer.

Hi Carlos This is so good i can't believe it Thank you for the turn on.