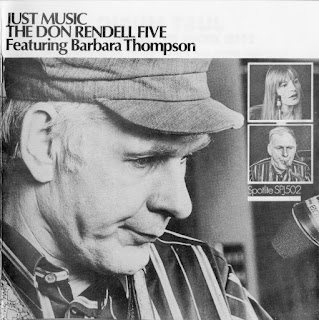 Born as the son of two musicians in Plymouth, England, Rendell's jazz career began when he was fifteen, with the alto sax, switching to tenor after a few years. His earliest professional engagements were with big bands, first on U.S. bases for the U.S.O. in 1944, and then with the Oscar Rabin Band, among others. In 1950 he became a member of the Johnny Dankworth Seven, remaining until 1953. When Dankworth decided to put together a big band, Rendell parted company with him.

As well as gigging as a guest soloist around London's jazz clubs, he started to lead his own groups; from 1954 these often featured Ronnie Ross, who played tenor at that time. He also spent time working with Tony Crombie and Ted Heath, toured Europe with Stan Kenton in 1956, played with Woody Herman's Anglo-American Herd in 1959, and led a group accompanying Billie Holiday when she toured in the UK. His own groups featured musicians such as Graham Bond, Michael Garrick, Barbara Thompson, John Burch, and Ian Carr. In 1963 he and Carr formed the Rendell–Carr Quintet, which performed and recorded for some seven years.

Rendell's style owed much to Lester Young, and he added many other influences during his career, including John Coltrane. He was a leading jazz-educator and taught for the Guildhall School of Music and Drama in London from 1984.