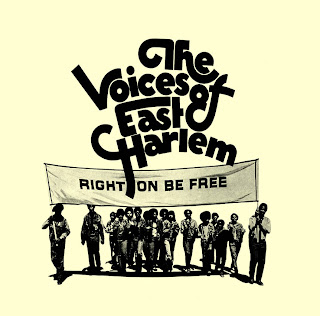 An often stirring 20-member ensemble whose music was better suited for devotional and inspirational material than commercial R&B or soul, the Voices of East Harlem included lead vocalists Gerri Griffin and Monica Burress. Producers Leroy Hutson and Curtis Mayfield worked with the group, whose ages ranged from 12 to 21, and cut some material on the Just Sunshine label that didn't generate any chart action. But their 1973 LP, The Voices of East Harlem, was a superbly performed release nonetheless, and the single "Cashing In" was a cult favorite. The single "Wanted Dead or Alive" was later reissued as a 12" remixed cut and got some international dance attention. AMG.