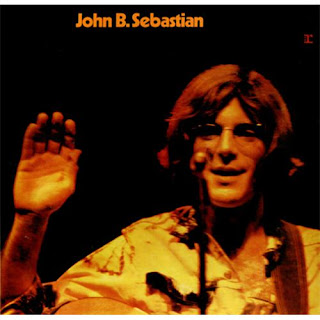 When he led the Lovin' Spoonful from 1965 to 1967, John Sebastian experimented with a variety of styles, expanding from the folk, jug band, and rock & roll that were the band's basic mixture to include everything from country ("Nashville Cats") to orchestrated movie scoring ("Darling, Be Home Soon"). Freed from the confines of a four-piece band, he stretched further on his debut solo album, including the samba-flavored "Magical Connection" and the R&B-styled "Baby, Don't Ya Get Crazy" (complete with the Ikettes on backup vocals) in addition to traditional country on "Rainbows All Over Your Blues," which spotlighted Buddy Emmons on pedal steel guitar. But there were also delicate ballads like the string-filled "She's a Lady," a stripped-down remake of "You're a Big Boy Now," and "The Room Nobody Lives In," the last performed with only a harmonium and bass guitar. And there were pop/rock songs like "Red-Eye Express," "What She Thinks About," and the utopian "I Had a Dream" that you could imagine having fitted easily into the Spoonful's repertoire. The songs continued Sebastian's trend toward a more personal writing style, many of them containing images of travel that corresponded to his peripatetic lifestyle. Like Paul McCartney's McCartney, which followed it into the marketplace by a few months, the album was an eclectic but low-key introduction to the solo career of a former group member whose band was known for more elaborate productions, and all the more effective for that. (John B. Sebastian was the subject of a legal dispute between MGM records and Reprise records, with Reprise winning out, although MGM briefly issued its own version of the LP, apparently taken from a second-generation master. The MGM version is sonically inferior to the Reprise one and has different artwork, but the contents of the two LPs are identical.) AMG.

Another great delivery! And my memories go on coming back to me. Saturday was a gigantic day (Miles Davis, The Doors, ELP, TYA, The Who, Joni Mitchell, Melanie).
But sunday, too, was to be an enormous event: Hendrix, Jethro Tull, Joan Baez, Leonard Cohen, The Moody Blues...
I wish I could go back in the past and live again these days. Thanks Carlos!

Magical Connection is a wonderful song!