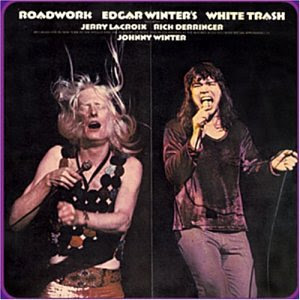 The live follow-up to 1971's Edgar Winter's White Trash finds the group running through a handful of the tunes from their debut album, as well as rocking things up a bit with "Still Alive and Well" (a track later recorded by Edgar's brother Johnny) and "Back in the U.S.A." One of the most immortal lines for any live rock album has to be "People keep askin' me -- where's your brother?" The introduction of guest artist Johnny Winter by his brother Edgar sets the stage for a rousing rendition of Rick Derringer's "Rock & Roll, Hoochie Koo." The extended version of blues classic "Tobacco Road" is one of the finest moments on this album, which is itself a classic. AMG.